You will find that seals have quite a spread when it comes to their distribution. They can be found from the cold regions of the Antarctic to the very warm areas where it is extremely sunny. The majority of them are found in the Antarctic though where it is extremely cold. They are able to survive the low temperatures and icy conditions due to the layers of blubber they have on their bodies.

Those that live in warmer areas don’t have as much fat on them because they don’t have a need for it. This is why those that live in colder regions are heavier in size. They will need to eat more to keep those layers of blubber on them. This is why they are the most threatened because as their natural habitat is affected there is less food available.

Global warming is another concern for seals. Some species are designed to live where it is very cold. As the warmer weather comes in they find more predators in their natural habitat. This means they can be eaten as well as their food supplies being shared with other animals. Those that live in the warmer regions may find that the hotter temperatures also reduce the cold water currents. They rely upon those cold water currents to bring in an assortment of food to them. 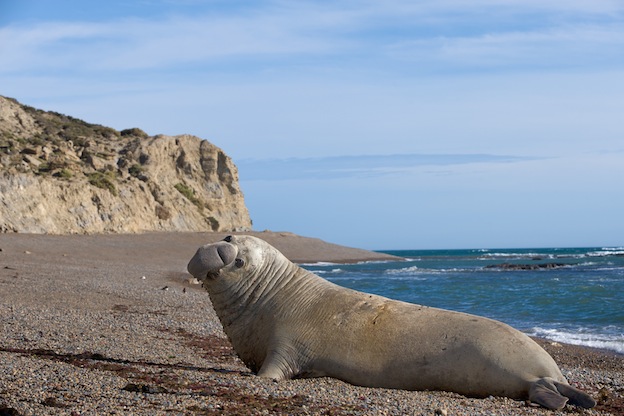 Most seals live where there is plenty of salt water. They love to dive deeply into the water in order to find the best selection of fish. They tend to live in environments where they won’t be disturbed by humans or by predators. They enjoy land that has rocks and that is close to the water. They don’t move fast or easily on land so being able to get from the land to the water without using very much energy is important.

Seals love to soak up the sun, even when they live in very cold regions. This is why they will spend their time on land during the daylight hours, and then return to the water at night after the sun goes down. You may be surprised to notice some seals living in areas where the sandbar is low too. They will be drawn to areas of a low tide due to the amount of food that will be brought along with it.

It is a myth that all seal species migrate, and this is a common mistake due to their relationship with whales. Some species are migratory. Others can be found moving from their natural habitat though if the conditions are wrong there. For example when the water has been polluted or there is a shortage of food for them to survive on. They will continue to move until they find water that they can feed from and a land area around it where they feel safe.

It is estimated that there are from 300,000 to 500,000 seals in the world at this time. It is hard to get an exact number due to their movements and the amount of time they spend in the water. Here is a breakdown of those numbers and where those habitats are found:

Protecting the natural habitat of seals is very important so make sure you find out more about it. Too much of their natural homeland has already been destroyed by humans. We can’t expect them to continue adapting to new environments and changing their distribution. Humans need to learn to respect the habitat of seals and to allow them the chance to thrive in these locations without disruption.