The Leopard Seal is the second largest of all seals out there. They are very strong animals and they tend to take over the areas where they reside. They are dark gray in color and can weigh up to 1,300 pounds. They can also be about 11 feet long. The females are larger than the males, but the male individuals still quite large compared to other types of seals.

You will find this type of seal living in the very cold regions of the Antarctic. Some of them though prefer the warmer climates. Leopard seals have been identified in Australia, New Zealand and South Africa where it is much warmer than the Antarctic.

The Leopard Seal is considered to be the most aggressive of all the species out there. They only live in small groups which is also quite different from other species of seals. In fact, it isn’t uncommon to see them alone or only with one or two companions. 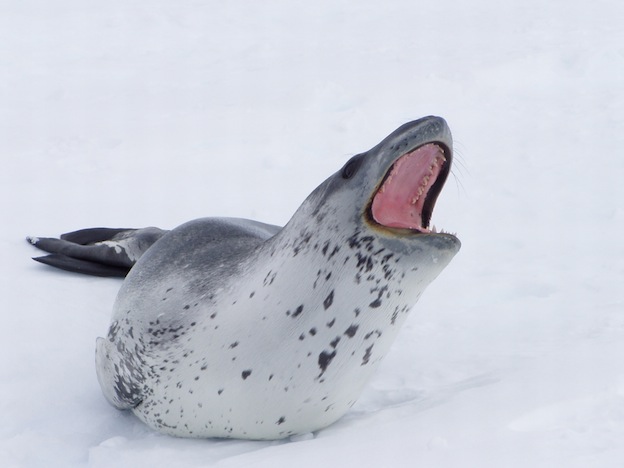 The diet of the Leopard seal is similar to others in many ways. They love krill, fish, and other items found in the waters. However, they are also the only species of seal that will also consume other species. They also love to eat penguins. They are fast moving on land so they have no trouble catching their desired prey either on land or in the water.

They kill penguins and small seals by grabbing them with their feet. Then they will thrash them back and forth against the ground until they are dead. In the water they are able to swallow fish or to tear off large portions of big prey they find in there.

Due to the aggressive nature of the Leopard Seals, there is still plenty we don’t know about their reproduction. We don’t know how the mates select each other. It is believed there are series of grunts and calls though those are a way to appeal to the females by the males though.

When it is time to reproduce, the Leopard Seals will come together in larger groups. The females will carry a pup for eleven months and then deliver it in a hole they have dug in the ice. It can take several months during the pregnancy for her to complete this digging process in preparation for the offspring.

The females do take very good care of their young pups until they are able to care for themselves. Other animals don’t bother the offspring but at times the males can show aggression towards them. Most of the time though they have disappeared to do their own thing after the mating has taken place. 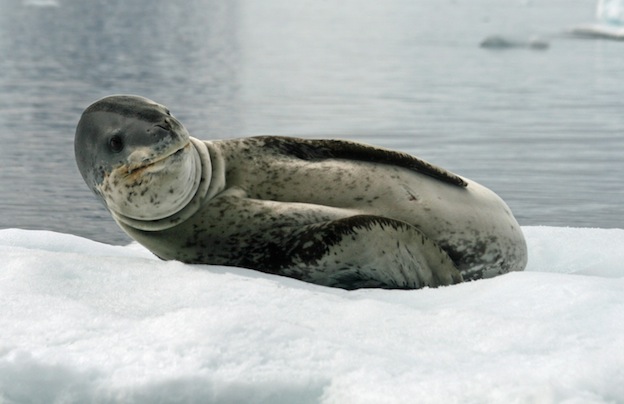 They only natural predators that the Leopard Seals have are some species of sharks and the killer whales. Therefore they do as they please both on land and in the water. There aren’t very high numbers left of Leopard Seals which is why conservation efforts for them exist. There are approximately 250,000 of them.

In the wild it is reasonable for one to live approximately 26 years.